The single biggest driver of change in transportation in the coming years will undoubtedly be the impending climate catastrophe. One of the core questions, probably the core question, as this change takes place, is: what will replace the privately owned automobile? Is it virtual reality (VR) and we all stay home? Is it a congested public transportation system enforced by law? Is it multiple fleets of autonomous cars jamming up the streets? Or is it the kind of Mobility as a Service (MaaS) that optimizes low-emission transportation while giving individuals freedom of choice?

I know I am partial here but, hey, that’s why I have chosen to do what I do. I also know that in order to do my job well, I need cold, hard facts. 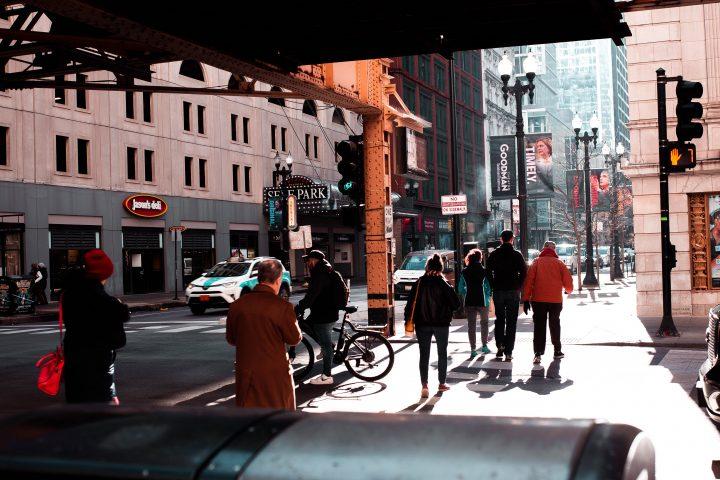 We have just released a bunch of those in a study called Whimpact: Insights from the World’s First Mobility as a Service Solution we conducted together with consulting engineering giant Ramboll. Helsinki is the world’s most developed MaaS city. For the first time, we now have real-life annual data on how people use MaaS and how that compares to the overall usage of transportation modes in a particular city. The key findings are:

1. ”Public transportation is the backbone of MaaS.”

2. ”Whim users are steeped in multimodalism and use both bicycle and taxi to solve the last-mile problem.”

3. ”Growth in MaaS usage has been strongest in the inner-city region.”

So, the first numbers are in and it looks like MaaS, when done right, does exactly what we expect it to do: it relies on mass transit (not automobiles), solves the last-mile problem (that automobiles used to solve) and is most popular in dense areas (where automobiles pose the biggest challenge).

It may be fashionable to throw around the idea of electric robot cars taking over and fixing both the CO2 crisis and the urban transportation challenge, but that is not sustainable.

Let’s stop and imagine the moment when autonomous cars will be fit to serve us. The first company drops a fleet of 500 cars into a city. Since there’s no wage cost, the price of a ride is reasonable, close to a bus ticket. People love the service. And as we have seen with private cars, it’s not wisdom that prevails, but freedom. The fleet grows according to demand and not until long, the amount of automobiles on the streets has more than doubled (there’s research on this). Think of any modern city and then, in your mind, double the amount of automobiles on the street. Gridlock. The whole city ceases to function.

Therefore, we do not want people to use autonomous cars instead of public transport; we want folks to use them in addition to public transport. The business case and the positive environmental impact of smart MaaS are based on people using more public transportation than before, not less.

Public transport, walking and biking are the desired substitutes for private automobiles, but not the automatic ones. We choose them if they are the most convenient and pleasant choice available. But we will not choose them if traffic planners and municipal traffic operators are going to force us into using public transport by limiting our options. Many of us will rather sit and swear in traffic jams instead.

This is where things can go amazingly well or awfully wrong. Recently my colleague Krista Huhtala-Jenks was in Brussels to receive, on behalf of MaaS Global, The Future Unicorn Award, which is given to a European company on its way to becoming a tech giant. The attention was, of course, a cause for joy in our team, but I must admit, it made me feel a little uneasy. European authorities were rewarding us for our efforts in MaaS, while at the same time there is a real and present danger that Europe will mess this one up.

Mobility is the second-biggest sector of economic activity in the world after real estate, and it is entering a hurricane of change. Europe, with its walkable cities and dedication to public transportation, stands to be at the forefront of positive change. But that is not going to happen if every public transport operator in every city tries to go it alone, which is all too often the case.

At MaaS Global, we are frequently asked by European cities to license our software as a white-label solution just for them. We have chosen to not get into these talks because single cities should not see themselves as disruptors and then… well, stall disruption.

Instead of building walled gardens around their service, they can build application programming interfaces (APIs) and make themselves attractive to as many added service providers as possible. Instead of solving for a city, they can be part of a worldwide solution. Instead of running out of money and expertise against fierce international competition, they can oversee that whatever happens is for the benefit of their citizens. Instead of building an entry-level mobile interface to their otherwise compelling services, they can connect to existing world-class applications.

Instead of digging in behind a local monopoly they can be part of a global solution, for cities and for the planet; the one that makes people ditch their cars because they have found something better. Something that gives them more freedom than before – not less.

Read my previous blog post: Why cities should call the shots in the mobility revolution